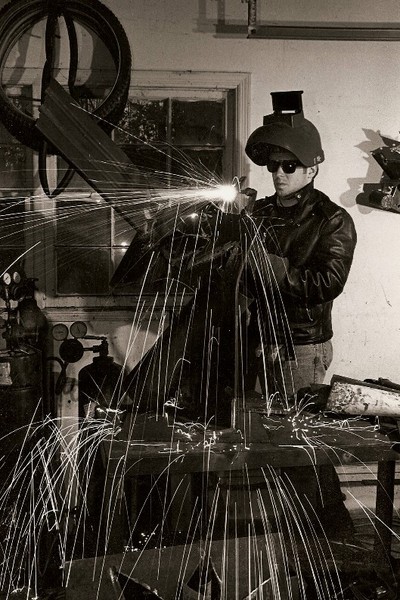 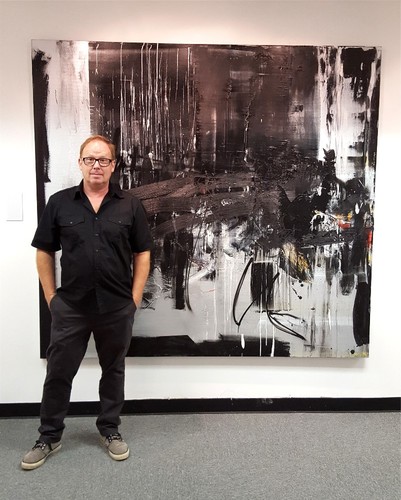 Born in England 1965 of Irish parents, David French now divides his time between New Jersey and Charleston SC. David French has been exhibiting artwork professionally since 1987. He had the opportunity to pursue his love of visual art at Carnegie-Mellon University- BFA and Vermont College of Fine Art- MFA. He further mentored with Color-field artist Sam Gilliam.
In 1990, David French presented his first solo exhibition in Chicago. David continues to show his work in museums and galleries across the country. David recently had a solo exhibition of 56 oil paintings at The Noyes Museum in Atlantic City, NJ. Currently his work is showing at Trager Contemporary in Charleston SC. Recently, David participated in Here We Landed at Drawing Rooms in Jersey City NJ. In 2013 he had a solo exhibit of paintings and works on paper at the Rawls Museum in VA. David received a purchase award in 2013 from the Noyes Museum to install a public sculpture on view at the Atlantic City Waterfront Sculpture Walk. He has also exhibited at SOHO20Gallery and G.R.N’Namdi Gallery in New York City. David had favorable reviews in the Baltimore Sun, The Baltimore Examiner, The Chicago Tribune, The Gold Coast and Greater Media News. Recently he was featured on the cover of In Residence Vermont College of Fine Art’s alumni magazine. He is represented in the collection of the University of Pittsburgh, the Pittsburgh Consolidated Gas Co., Cincinnati Bell Information Systems and CertusBank among many private and corporate collections.
Loading...